The Trip From Zion to Bryce (AKA Hoodoo Heaven)

After a nice buffet breakfast, we headed out toward Bryce Canyon National Park.  We would be staying in Bryce City, which is adjacent to the park.  To get there, we passed through the entrance of Zion National Park and immediately found ourselves on a road with spectacular views all around.  The Zion Park Scenic Byway (SR-9) brought to mind the phrase “Enjoy the journey.”  In Utah, you don’t simply drive from point A to point B, the trip itself is part of the show.  The winding road took us through incredible rock formations and we had to make several stops at overlook points to take in the beauty.  The road rose and fell as we traversed several switchbacks and passed through tunnels carved through solid rock. 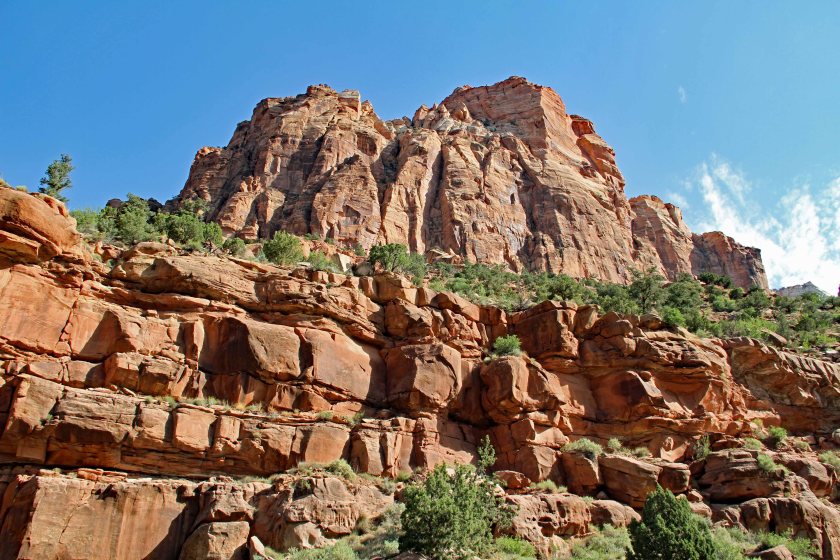 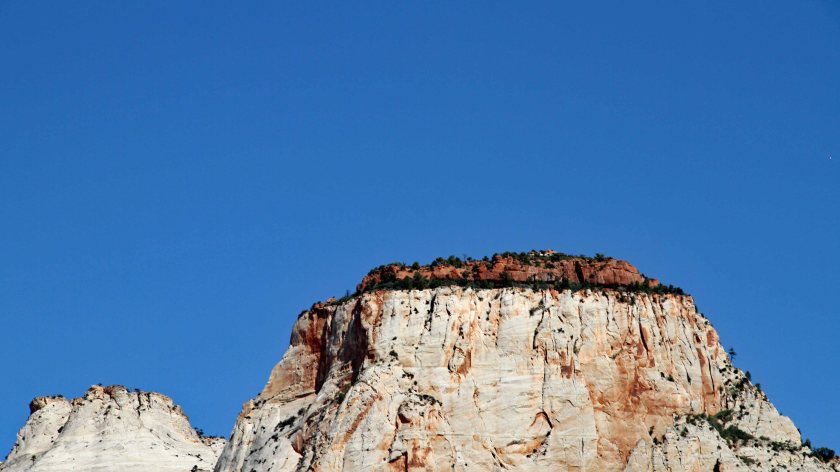 Along the way, we also encountered the Dixie National Forest and Red Canyon.  Here we saw rock formations that looked decidedly different than anything we had seen before.  They were starting to look more hoodoo-like (more on that later). 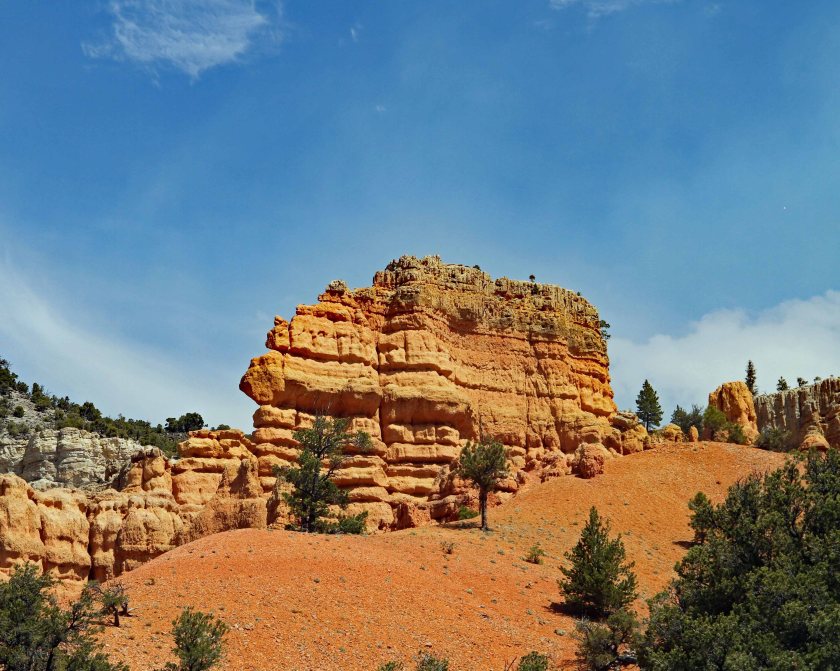 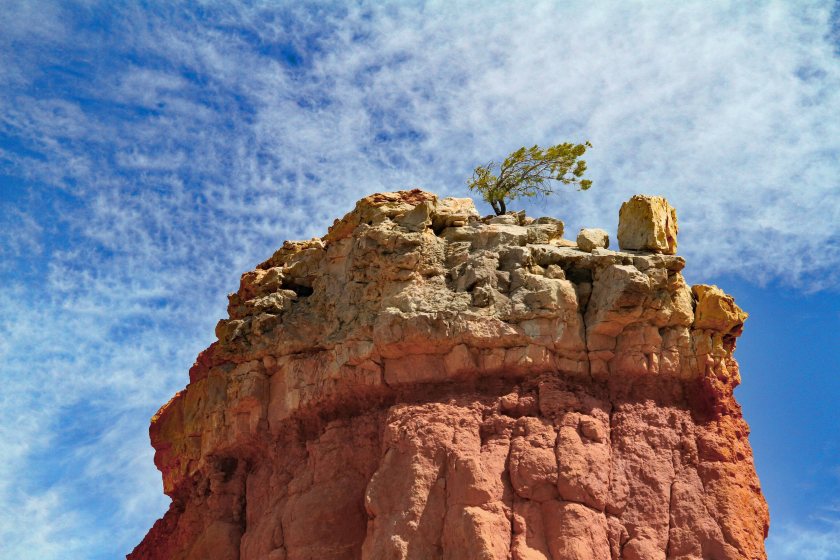 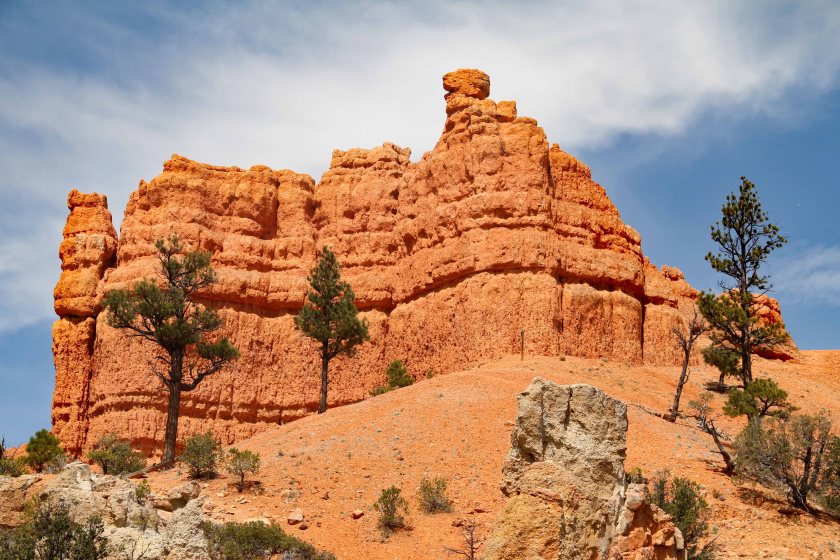 As we approached Bryce Canyon, we did not know what to expect.  The landscape was deceptive, as we had gradually increased our altitude on the trek from Zion.  We were now atop a plateau and would be looking down on the landscape, rather than up, as we were in Zion.  There were no soaring rock walls to tip us off about the beauty we were about to experience.

The road through Bryce Canyon National Park is an 18 mile, out-and-back stretch with multiple vantage points along the way.  The setup was also different from that of  Zion; here we were in our own vehicle, hitting overlook points at our leisure, rather than touring via shuttle bus.

We all agreed that we hit the best part of the park first.  The Amphitheater can be viewed from four different vantage points.  We stopped at both Sunset Point and Bryce Point and were in awe of the landscape below – simply jaw-dropping to experience in person.

The park contains the world’s largest collection of hoodoos and they are spectacular.  We also checked out views from several other viewpoints: Natural Bridge, Agua Canyon, Rainbow Point, Yovimpa Point, Ponderosa Point and Swamp Canyon. 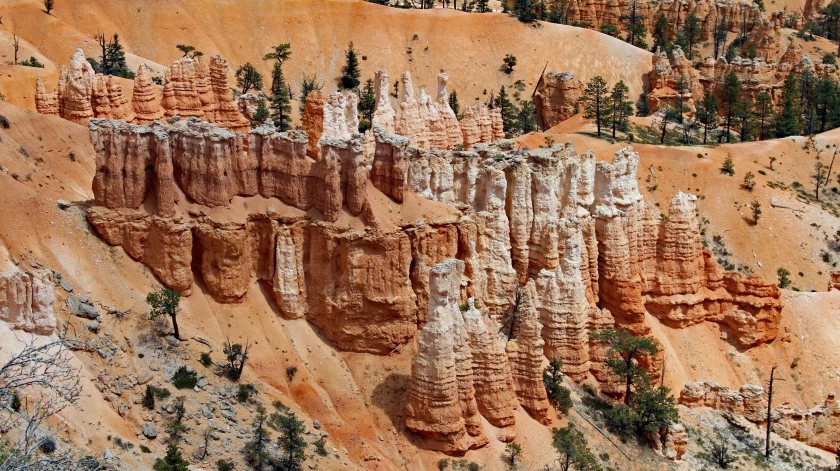 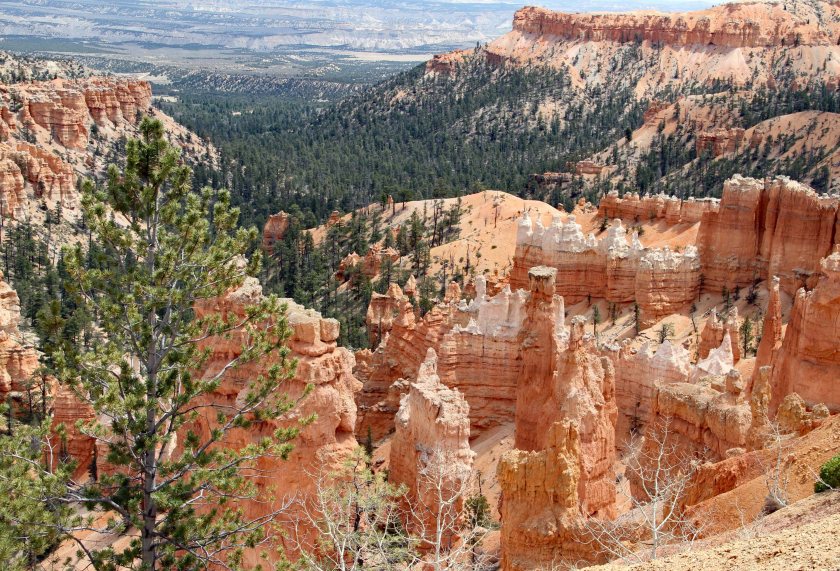 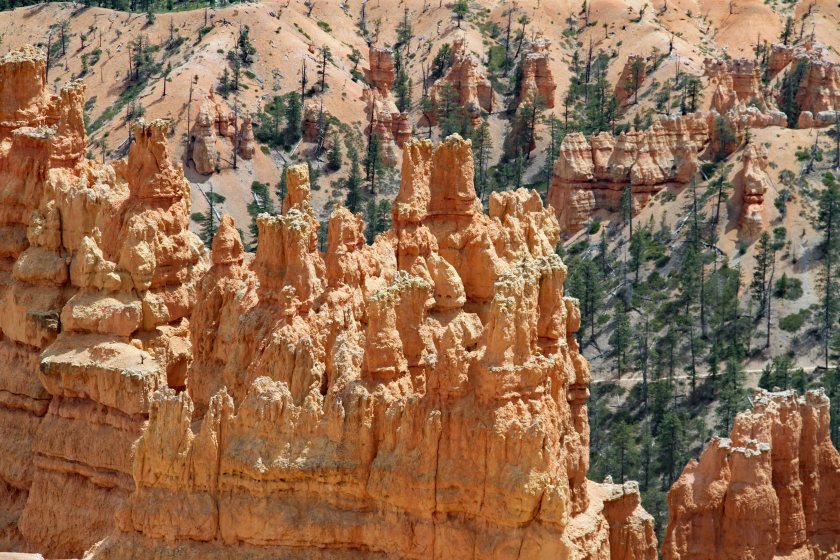 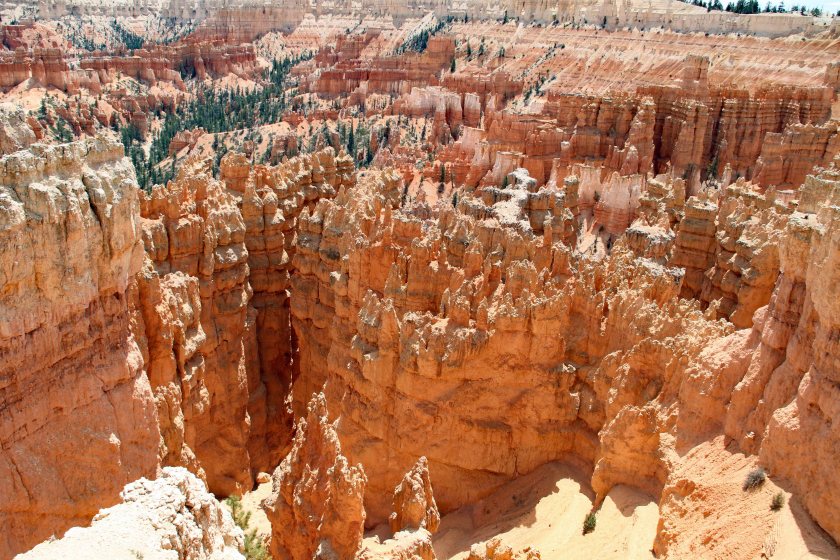 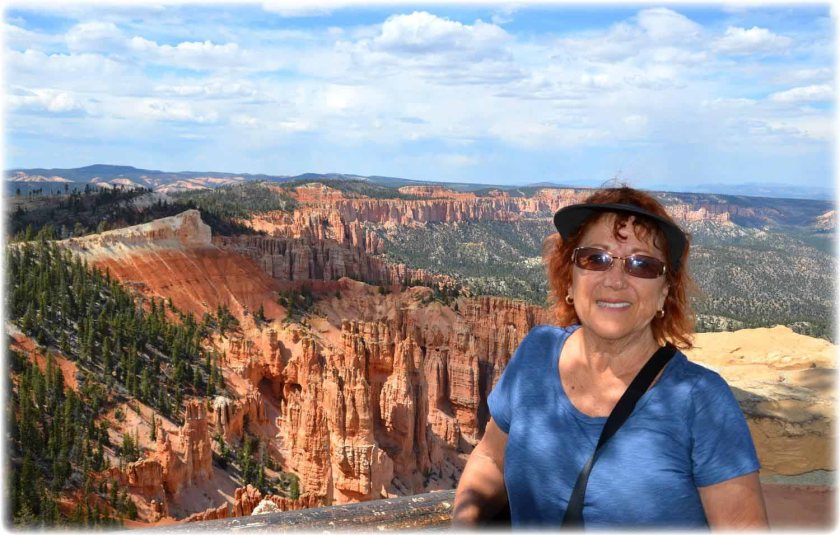 More on hoodoos:  These are tall, thin columns of rock that generally rise from the bottom of a drainage basin.  They typically consist of soft rock that is topped by harder, less-easily eroded stone.  Hoodoos have a variable thickness and are sometimes described as having a “totem pole-shaped body.”  They differ from a classic spire, which has a smoother profile and a more uniform thickness that tapers from the ground up.  We heard many explanations on the origin of the word “hoodoo,” but I settled on the one related to the original inhabitants of the land, the Paiute Indians.  They called the rocks hoodoos, which meant “ancient peoples, who were turned to stone as the result of bad deeds.”  Don’t be a hoodoo.