After a nice buffet breakfast at the Best Western in Page, AZ, we headed out toward the Grand Canyon.  We stopped at a roadside stand to check out some Native American crafts (pottery, jewelry, tomahawks, etc.) along the way. 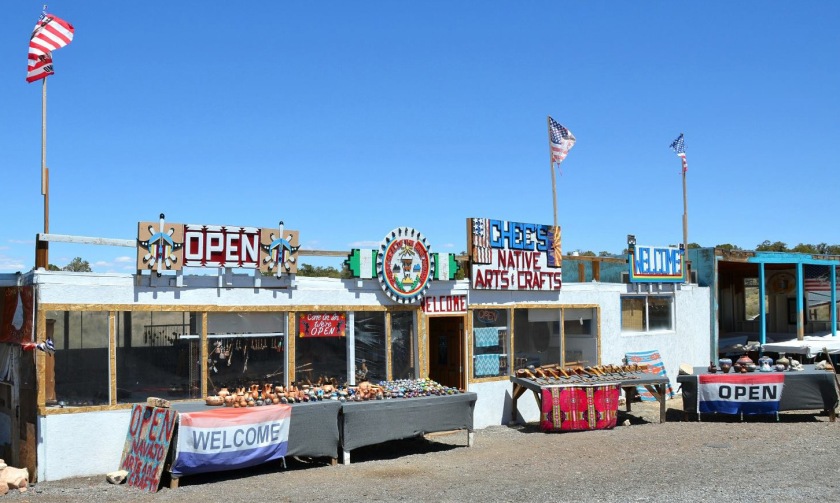 We reached the Grand Canyon via the Desert View Entrance Station, which is at the eastern end of the south rim.  We stopped at the Desert View Watchtower and were treated to our first glimpse of the massive canyon.

Before us was panorama that was on a scale like nothing we had experienced on our trip to date.  A sign titled “Edge of Vastness” indicated that the canyon was one mile deep, 18 miles wide and 277 river miles long.  It was hard to comprehend the enormity of the landscape in front of us. 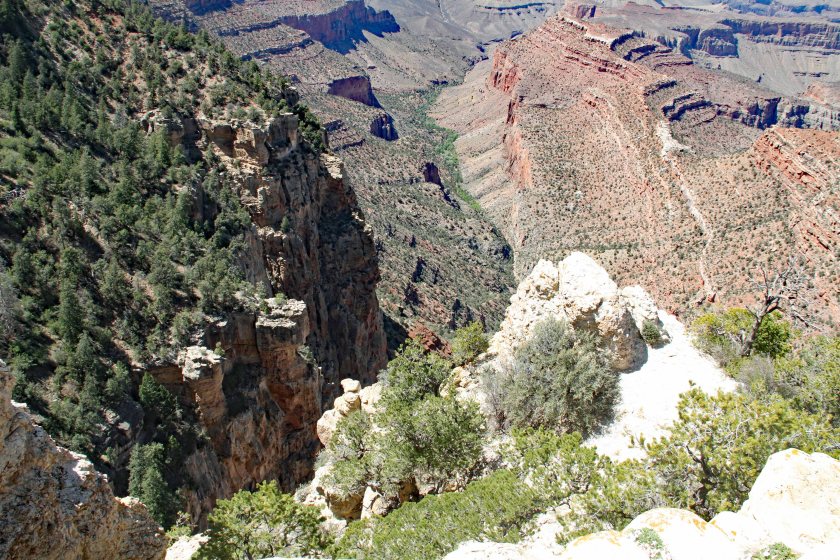 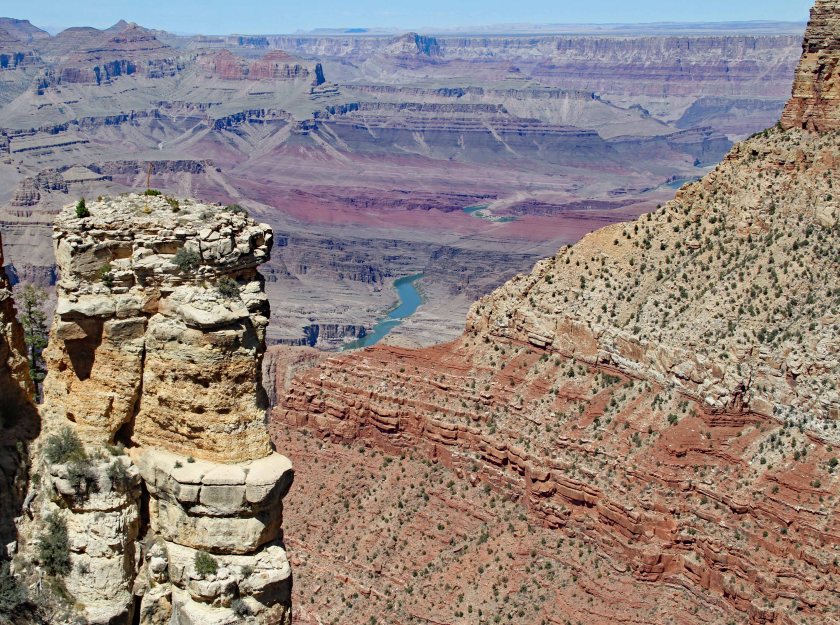 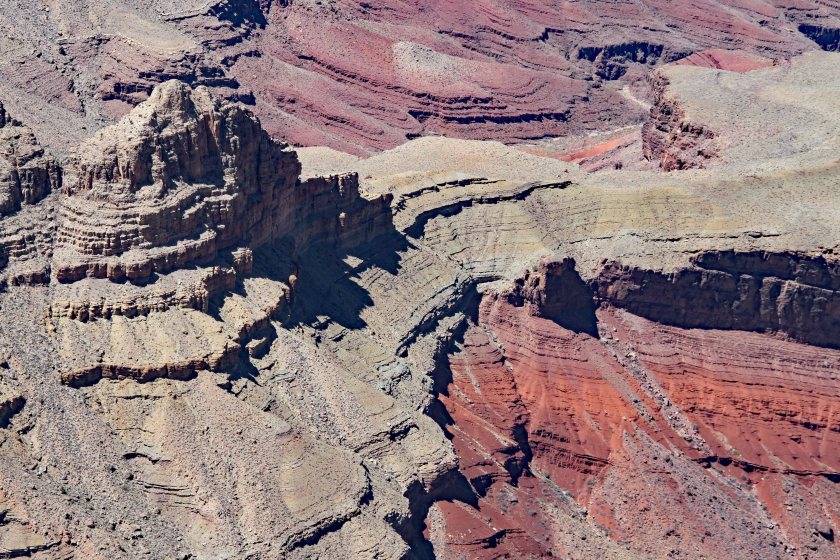 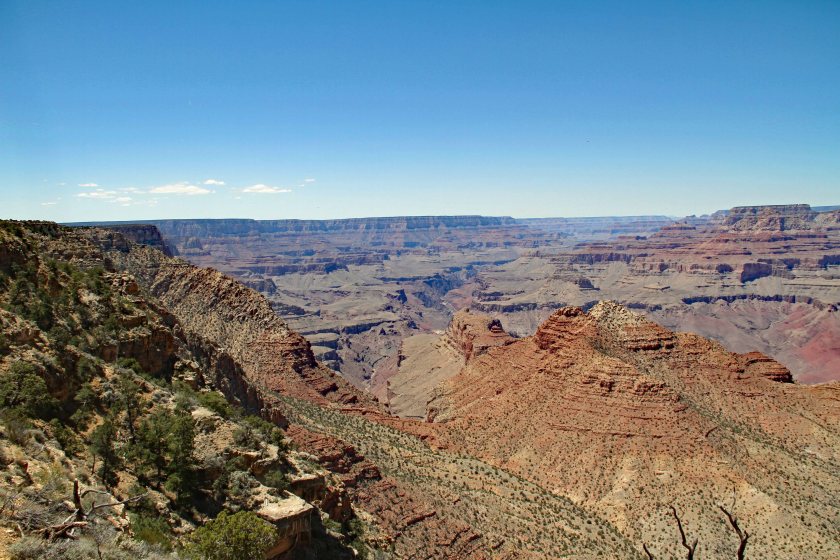 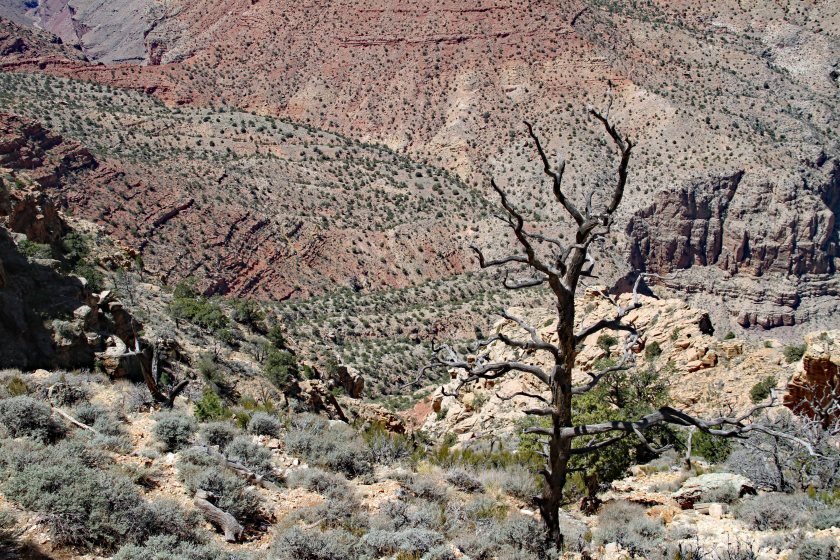 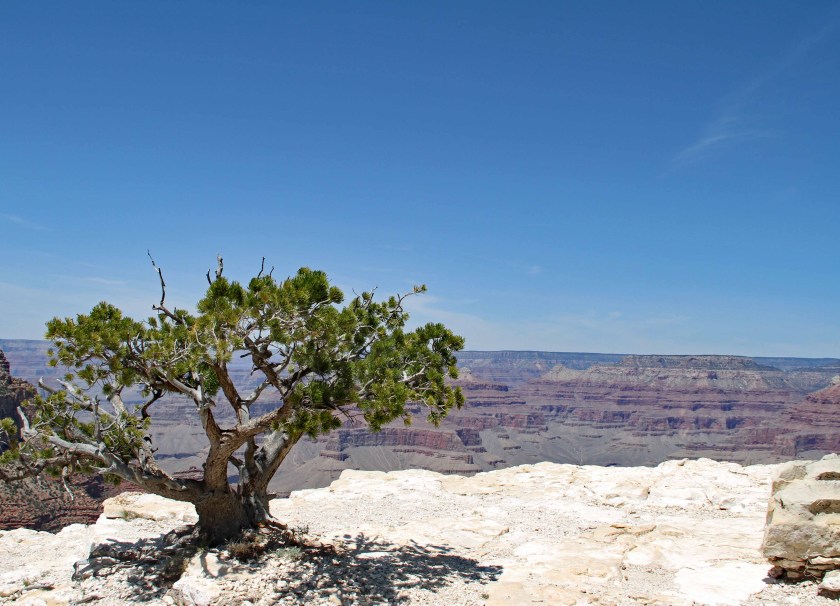 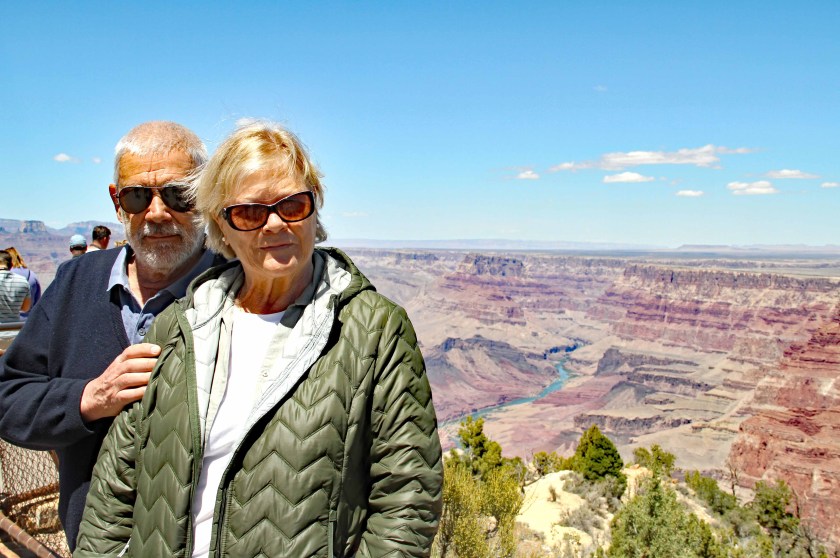 After checking out the views from several other vantage points along the way, we headed to the Maswik Lodge to check in.  The Lodge is actually a collection of two-story buildings with guest rooms that are grouped around a central building.  The main building houses the reception area, a gift shop, and a cafeteria-style restaurant. We were assigned to the Mesquite Building.  The rooms were a bit rustic and basic, but were clean and well-equipped.  The location was excellent, with access to the South Rim Trail only a short walk away.

We settled into our rooms and then headed along the path to check out more amazing views of the canyon.  We passed several shops, galleries, and lodges as we walked along the South Rim Trail.  Of all the national parks we had visited, the Grand Canyon was definitely more well-equipped, with facilities and amenities to accommodate visitors at every turn.

Below are some photos of some of the wildlife along the south rim. 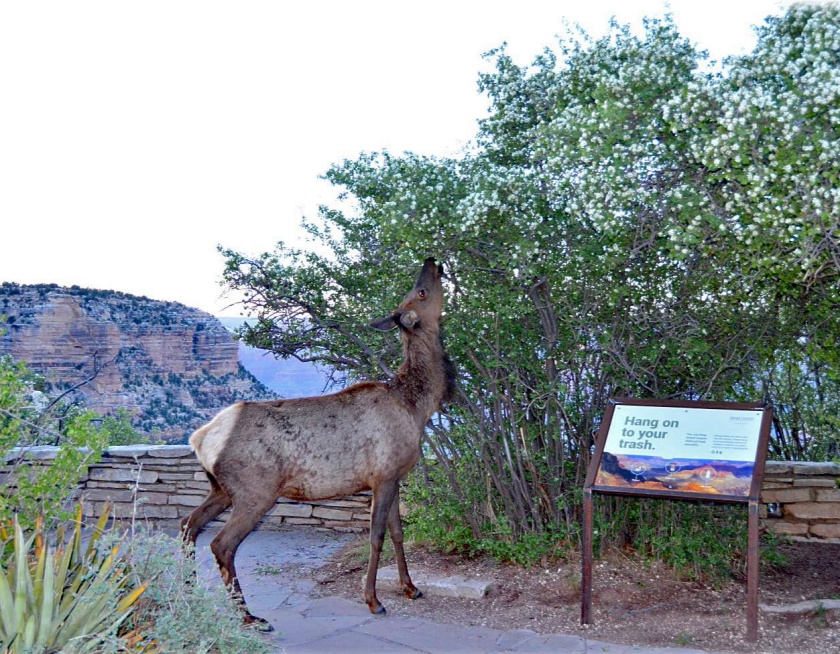 We ended up in front the El Tovar Hotel, which is the premier lodging facility within the park.  Built in 1905, it is listed on the National Register of Historic Places and has hosted U.S. presidents and other dignitaries over the years.  We decided to have an early dinner at the restaurant and the staff did not seem to mind that I was wearing a T-shirt and shorts.  This was definitely the best meal of our trip.  Jan opted for the sea bass entrée, while the rest of us decided to mix it up with various salads and appetizers.  The seared sea scallops were perfectly cooked and delicious.  At the end of the meal, we were all tempted by their wonderful selection of desserts.

Feeling content after a wonderful meal, we headed back to our rooms and called it a night.