We awoke to overcast skies and occasional light rain in Blanding, Utah.  We were staying at the quirky Stone Lizard Lodge, which turned out to be a great place.  At first glance, it did not look like it had much to recommend it.  It appeared to be a non-descript, single-story motel on the side of the road, with parking directly in front of the rooms.

As it turned out, we really enjoyed our stay.  I love mom-and-pop type places that really go that extra step to show you that they appreciate your business.  There was a nice, well-maintained garden out back where guests could sit and relax.  We also noticed several bird feeders around the property that were successfully attracting swallows and hummingbirds.  The simple rooms were immaculately clean and were even decorated with some local art.  My room was a whopping $115 per night.

We started out the day with a hearty breakfast, consisting of homemade sweet and savory pastries as well as several other offerings.  We could not help but meet several other hotel guests due to their close proximity at the very compact group table.  Everyone was very pleasant and eager to share their travel stories and recommendations.  I think I spotted Stefan stealing food off another guest’s plate, but I was not entirely sure.

We were anxious to explore southern Utah after visiting the wonderful visitor center in Blanding the day before.  A very friendly and knowledgeable lady had provided us with several brochures and more than enough options to fill our day.  She was obviously very proud of her state and all that it had to offer.

Our overall plan was to head south towards Arizona and hit several sights along the way.  As we drove, the altitude increased and the temperature continued to drop.  Rain turned to sleet and then to snow, with some fog mixed in for good measure.  Not exactly the weather we expected in May, but we pressed on.  We spotted several cows and calves along the way and had to slow down a few times to avoid hitting them as they wandered into the road.

After an unplanned detour to the town of Hite to get gas, our first stop was Natural Bridges National Monument.  It is not an official national park, but it is run by the National Park Service, so our annual park pass covered the admission.  An eight-mile loop runs through the park with viewpoints along the way to see Sipapu, Kachina, and Owachomo natural bridges.  We didn’t see much of Kachina, because Mother Nature was pelting us with sleet and rain, but she did allow us fantastic views of the other two bridges.  Before leaving the park, we stopped at the visitor center to view a short film about the history and geology of the park.

We ran into some hard-core travelers having lunch in the parking lot of the visitor center.  We were intrigued by their van, which had a customized extension that doubled as a table and a storage bin.

We then headed south on SR-261 in search of the Moki Dugway.  Once again, we found that the journey was part of the entertainment.  The paved road turned into a three-mile stretch of gravel switchbacks with an 11% grade.  We suggest you find another route if you have a fear of heights.  However, the narrow road afforded sweeping views of the Valley of the Gods and the distant Monument Valley.  It was originally built in the 1950’s as a mining transport route.

Next up, we hit Goosenecks State Park, which allows a panoramic view of the meandering San Juan River 1,000 feet below.  The desert landscape reveals 300 million years of geological activity.  The lighting was not the best for photography, but we could not help but be impressed by the awe-inspiring views.  We were surprised at the scarcity of guardrails as we peered cautiously over the edge.  We thought it was a great value for the $5 entrance fee.

Our final area to explore was Monument Valley, made world-famous by the many western-themed movies filmed there.  We grabbed an order of the local specialty, fry bread, from a road-side stand and snacked on that as we drove through the flat terrain.

All around us, the landscape was dotted with imposing monolithic red rocks (monuments).  The valley is the perfect area to sharpen your landscape photography skills.  Again, the weather was not cooperating fully. 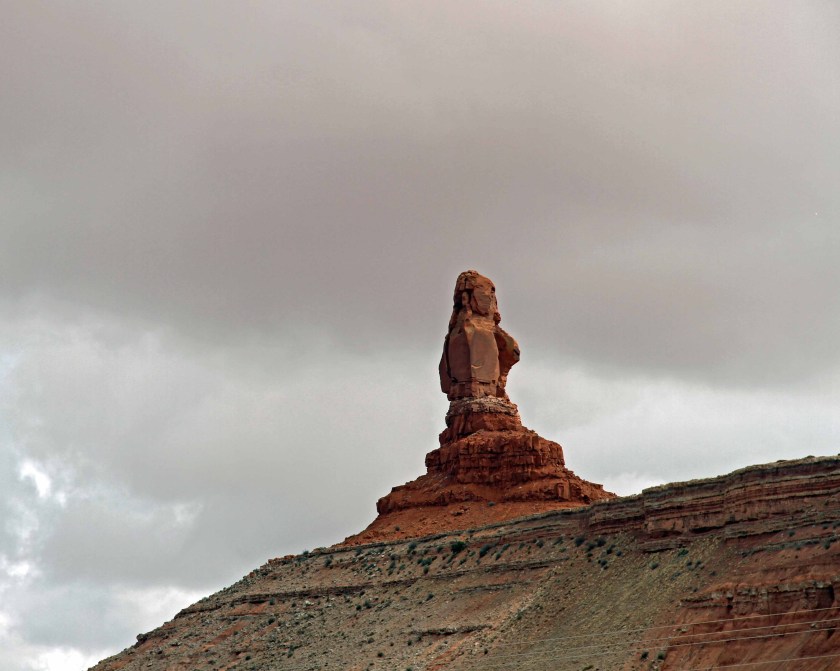 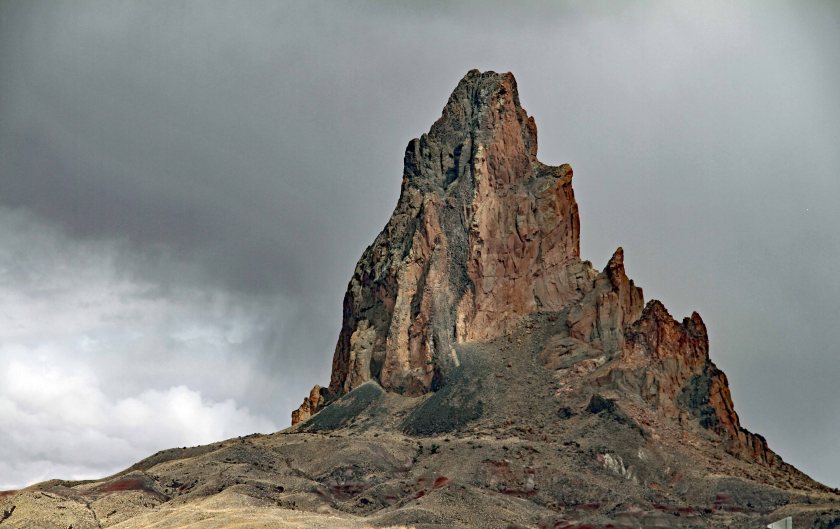 We also stopped at the Goulding’s Lodge and Trading Post, but decided that the touristy place was not on our list of favorites.  We did find the original cabin from the John Wayne film “She Wore A Yellow Ribbon,” which is free and open to the public.  (You can complete the cabin tour in approximately three minutes.) 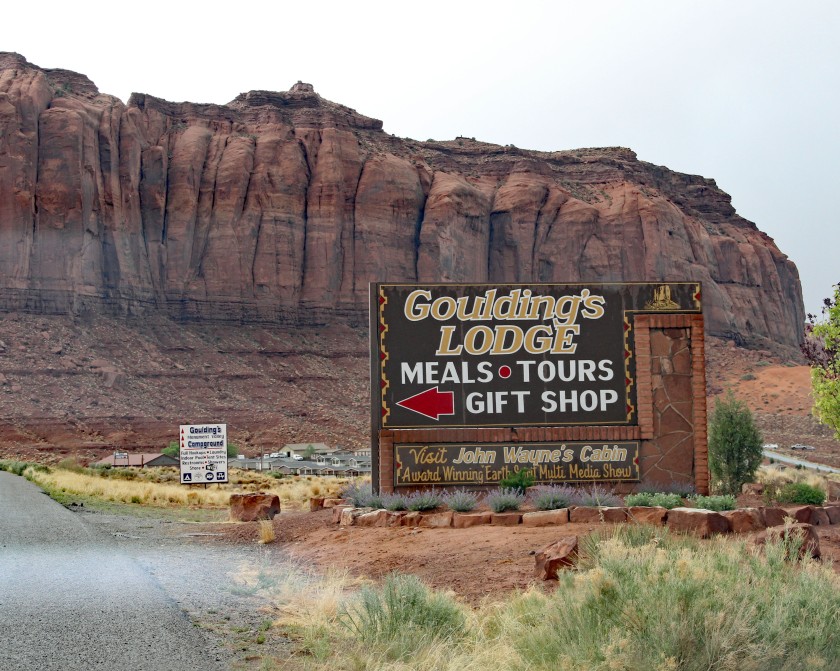 After a full day, we crossed into Arizona and checked into the Kayenta Monument Valley Inn.